The first book I wrote was fast and easy - that one bleed into the second book, then turned into a five book series.
Somewhere along the way, I paused to mull over the fact that I had written ten books...
Finishing The Telepath was number twenty-eight.
Twenty-eight books.
Book 28 finished!
I'm shocked. I don't know how time moved that fast from 2006 until now, but in that time I wrote twenty-eight books.
Twenty-eight stories for the characters that talk to me - keep me awake when I'd rather be sleeping - drive me crazy as I try to unravel their stories - and often exhaust me to the point I lose track of days and time.
You know what? I wouldn't change it. I look forward to #29, #30 and hopefully #50 eventually. 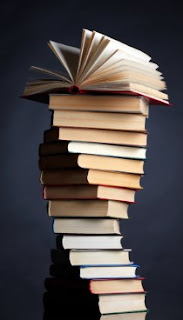 Email ThisBlogThis!Share to TwitterShare to FacebookShare to Pinterest
Labels: randomness, The Telepath, WIP