I did not intend to vanish for a week, but a few
things were tossed in my direction and I had no
time to spare for anything.  Hopefully I've got all
that covered now and will have more time for
the things I'd like to be doing.
:)
Last week I mentioned I had another post that was
of a much more serious nature than donating money
to NaNoWriMo, and this is what I was talking about.

Salvation’s dedication:
For Dee
Your courage and determination
makes you one of my heroes.
While I was writing Salvation my mind wasn’t 100% on sexy pirate ghosts, during this time something very real and very serious was going on in my world.  My eleven year old niece was diagnosed with Acute Lymphoblastic Leukemia.  I was astound with the news of how my strong, healthy niece could just suddenly ’not feel well’ and have such a thing!
For the next year she sat in a hospital undergoing the many branches of her treatment plan.  Each time she came home, we all prayed it would be for longer than the time before, but that didn’t happen.  Her parents spent that year driving back a three hour drive to take turns to be with her, often times having to rush back when she developed another symptom or side effect.  She lived in a world without all of her friends and school for most of this year, battling all sorts of illnesses because of the A.L.L.  She watched several other children go on to become angels in the leukemia fight.
On her twelfth birthday she underwent a bone marrow transplant and as a result of this life saving procedure had to spend many more months in isolation from the world she yearned to be part of again.
During the next year she had many more complications and still at a few weeks from thirteen isn’t at a full one hundred percent yet, but she is the most determined girl I have ever known.
For my niece and all those other children out there that have had to or have to battle every day to live healthy I am going to donate $1 for each copy of Salvation that is bought—during the months of November and December – and donate it to leukemia research for children.
You can find Salvation HERE
Also at Fictionwise, Amazon and many other places on line. 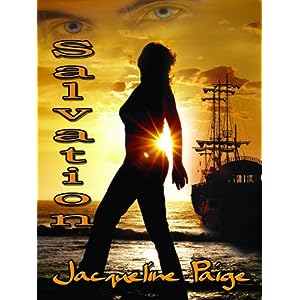