It may be cliche that I consider my best friend to be my dog... but it's true.

On Christmas day 2015 I lost my other best friend, Misti.  I used to call her my assistant (still do on my website). She was an awesome assistant, always listened to my rambling about characters and plots.  It didn't matter where I was writing, she was there.

It was lonely without her, I looked for her each day in her favorite spots, found myself talking to an empty room - because she wasn't under my desk when I was writing.

In August my girls talked me into go to the humane society "just too look".  How could I refuse going to look at cats, kittens, puppies and dogs?  I couldn't.  So we went.
I knew I could never have another "Misti" in my world.  She had been the fourth Golden Retriever I'd lost in my life time and I just couldn't do it again. With that in mind we asked to meet a fellow so far from my calm, docile but playful Misti that there was no way he could remind me of her.

When he came in he was hyper and wary.  His past wasn't a good one at all!  I could feel every bone in his body under that fluffy fur when I touched him 😟 It was heart breaking when they told us what he had been through ... and worse still was that he'd already been returned to them once because the previous adopters weren't prepared to handle him.

Twenty years earlier I ran a dog rescue and brought in every size, breed and age of dog to retrain and find new homes for.  I didn't know if I had the energy to do it again - BUT there was no way I was leaving this beautiful mistreated guy in the hands of someone that would mishandle him again ... EVER!

They saw my determination and the connection we made and accelerated the adoption process ... two hours later I went to pick up my new friend. All while thinking "what am I going to do with him?"

He was scared, defensive, skittish ... and I knew all the signs and it would come with biting, acting out (I had five kids ... I know ALL the signs!!)  and for the next three weeks the two of us "bonded" and battled it out to see who was THE alpha in our two bodied pack.

I still have to watch for his tells when he's nervous or unsure, and  be careful in some situations so no one gets bitten or lunged at.  I have a six foot tall gate in my side of the house so it's just he and I most of the time.
He is NOT an assistant type of dog ... in fact if I work too long he pounces at my feet, stands on my table and barks at me if I go too long without paying attention to him.

I'm not sure who rescued whom some days, but every day is an adventure with him! 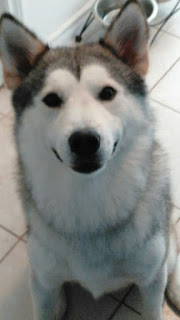 when he glares at me until I speak to him... 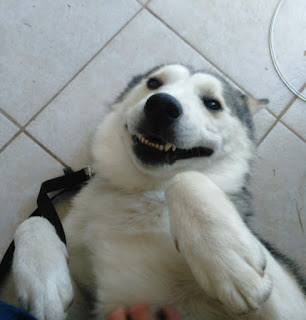 the happy face after our walk... 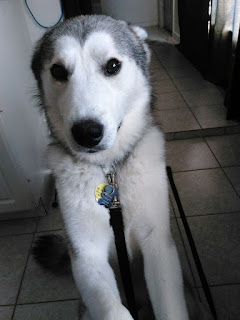 when he "may" have done something he shouldn't... 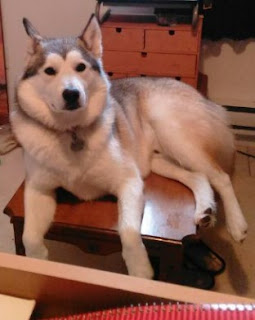 "I'm going to sit here until you pay attention to me"


This blog is part of: 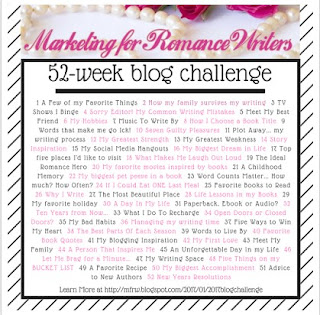 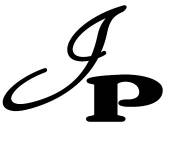